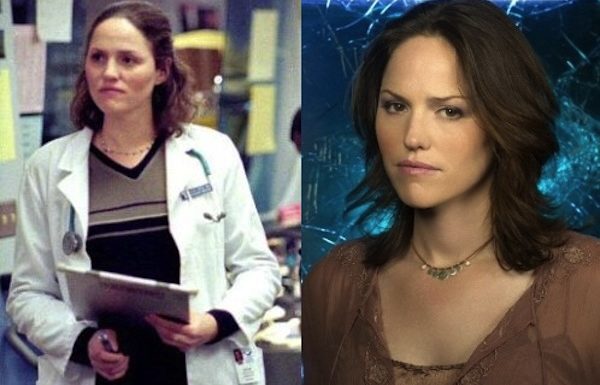 You are here: Home / Jorja Fox / BuddyTV’s Fav ER Stars (In Other Roles)

BuddyTV takes a moment to reflect on the workhorse that was ER.  Unlike Law & Order, which really was best known for churning our guest star after guest star, ER had a rotating cast of characters, many of whom were main cast for a couple seasons before rolling off onto new projects.

As long term fans of JFO know, Jorja was on ER for three seasons as our favorite gun-toting lesbian: Dr. Maggie Doyle.  According to NBC’s official cast list, it was indeed that sexual harassment suit against Romano that eventually led to her termination.

Our Favorite ‘ER’ Stars in Other Roles

After running for 15 seasons and more than 300 episodes, the NBC drama ER set the bar for medical TV shows. The show also featured a number of great actors who’ve done great work in film and television before and after the iconic series. Check out the list of our favorite TV and film roles for the show’s stars outside of County General Hospital.

Fox made plenty of waves on ER but her performance as Sara Sidle is what keeps her in demand.

I’d argue that without ER, we’d never have had her on The West Wing and of course never on CSI at all.  But yeah.