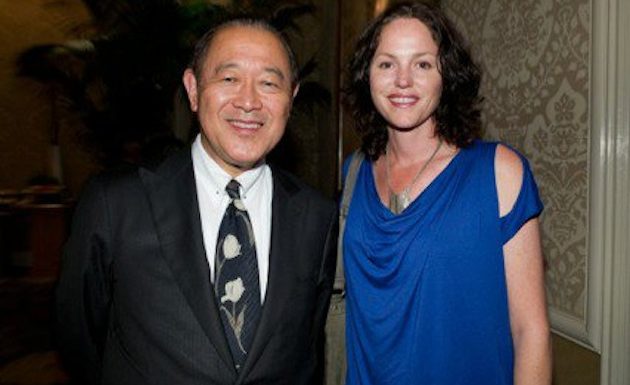 This touches my heart more than many things.  My father still lives in Japan (and was one of very few non-Japanese to go back and help right away).  Currently, they’re still having electrical issues such that this summer he can’t run his AirCon.  So while, yes, they are on the road to recovery, it’s going to be a long, troubled, road.  If you’re inclined to send anything to Japan, fans are in high demand.

But!  Jorja, the caring soul that she is, went to an Artists and Athletes talk on what’s been going on.

Actress Jorja Fox, well-known for her role on “CSI,” is on the board of the Artists and Athletes Alliance. She said that Fujisaki’s appearance was a testament to Japan’s persistence, hard work and bravery. “My heart goes out to the people of Japan and everything they’ve been through. We can’t even conceive it. In Los Angeles, we’re incredibly vulnerable to the set of circumstances that happened in Japan … to earthquakes, to a nuclear meltdown, to a tsunami, under the right conditions,” she said.

“So a lot of thoughts and prayers are going out in that direction. I’m grateful that the Japanese people are setting such a high example for the rest of us in times of trouble and strife. I feel pretty certain that Japan was probably the most prepared of anybody to actually receive the [disaster]. And just in an esoteric sort of way, I’m grateful. Japan took a hit for the entire world.”

My heart goes out to her in thanks.

There’s also an image and a video! 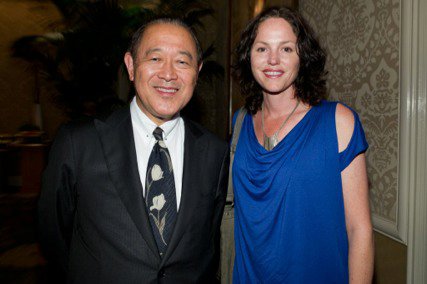 It was a very informative, very touching, evening.  It was a great honor to have the ambassador of Japan here with us for one evening.  And there were so many things I was struck by, but one of them was at the very beginning, the ambassador thanked those of us in the audience for what we may have done to help the people in Japan in these last few months.  I thought that was incredibly gracious and almost odd, you know.  I’m struck, daily, by the bravery of the Japanese people, by their persistance, their perseverance.  Just picking up the damage.  Rolling up their sleeves and getting the work done.  And so … it was a beautiful and surprising and lovely evening.  There were funny moments.  Who knew that would happen?  It was great.

Credit: UCLA Today (and thank you lanos for the links!)