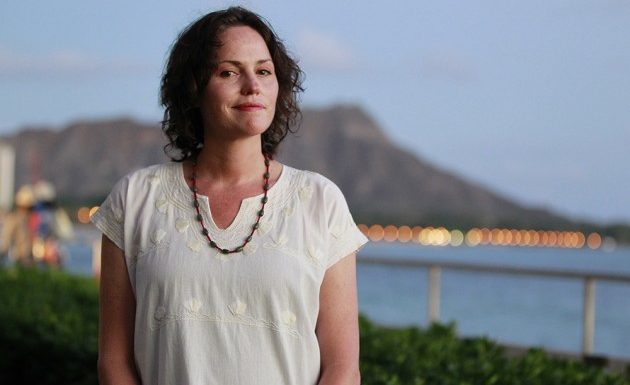 You are here: Home / Jorja Fox / Jorja at HIFF

CSI is filming with Jordin Sparks, and Jorja is in Hawaii at the Hawaii International Film Festival, presenting the Lion Ark film.

While there, she attended the opening reception and was interviewed by Honolulu Pulse:

“I like to think of [Lion Ark] as an action-adventure-dramedy,” Fox said, partially joking. “There are some funny moments in it, but there is epic drama. To get to be a part of it was fantastic.”

Fox was there as the lions were being taken to shelter in Colorado, as is seen in the film.

“To be surrounded by 25 roaring lions — that real, raw power was an experience I’ll never forget,” she said. THE SHOW, of course, is “CSI,” which is about to reach a huge milestone: the airing of its 300th episode.

The episode has already been filmed, Fox said.

“It’s going to be amazing, that’s all I can say,” she said. “We didn’t really think it was that big a deal until we started shooting it, and then we started realizing that it’s pretty rare.

“With the new shows especially, so many of them are doing 13 episodes a season instead of 24 — it’s going to take them 26 years to get to 300 episodes! I don’t know that that many new shows are going to get there.”

“We tried to enjoy every minute” of filming, she said. Special care was taken in writing the scenes, and some pieces of the episode pay tribute to the series’ long history, including “faux-back” segments that recreate characters storylines reaching back to the show’s first year. Original cast member Marg Helgenberger (Catherine Willows) is also back for the 300th show.

I asked Fox how long the wild ride that has been “CSI” can last, and she responded that it’s up to viewers.

“I hope my favorite episode is yet to come,” she said. “It’s lasted far longer than I ever anticipated. … Now, I think I’ll do it as long as the fans want us to do it.

“I can’t even imagine leaving at this point. It would seem foolish.”

Photos are up in the HIFF Opening Reception Gallery

If any more show up, they’ll be uploaded.