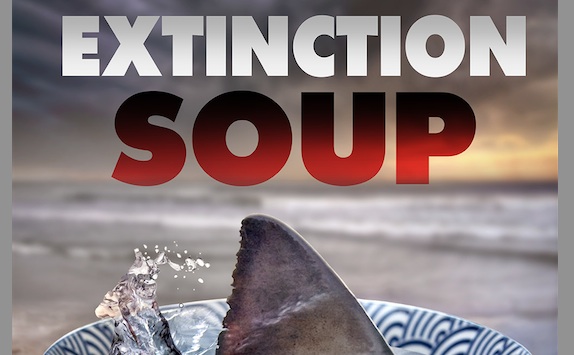 You are here: Home / Jorja Fox / Extinction Soup to Premiere in San Francisco

While CSI is filming ‘Consumed’ (an episode about cannibals), the documentary “Extinction Soup” will premiere in San Francisco at the 11th Annual San Francisco International Ocean Film Festival on March 5-9th.

A documentary that I helped produce, Extinction Soup, has been invited to premiere at the 11th Annual San… http://t.co/4Ni3G44A7g

This is a movie Jorja helped produce (yay!)

“Extinction Soup” is a documentary feature film that exposes the mass slaughter of sharks for their fins and the movement to stop it. You can follow it on Facebook or Twitter. I’ve included the video below, but be prepared, it’s a bit dark and there’s blood.