Alchemy chronicles the emotional crisis and inner journey of a young woman as she pieces together her life–and her art. 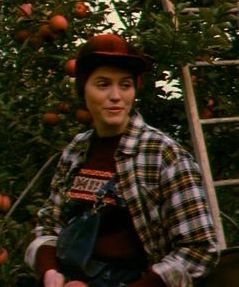 This distinctly feminist drama chronicles three phases in the life of a young woman. The three phases are presented as distinct, titled vignettes, “Charity,” “Hope,” and “Faith,” centered upon Louisa Garrison, a woman who translates folk tales. She is first seen working in a bookstore. Though involved with Ethan, she decides to break up with him because she strongly suspects that he is still in love with Kitty, his ex-girl friend. Ethan swears his innocence, but it’s to no avail. Somewhat obsessed with Kitty, Louisa begins investigating her and then learns that Ethan died in a car wreck. She goes to Kitty and becomes her friend. The grieving Kitty has no idea that Louisa was ever involved with Ethan. In the next segment, Louisa goes to see Jane, her older sister, who has just learned that she has cancer. Louisa is surprised to learn her sister is a lesbian. It also hurts her to realize that while Jane is gentle and giving to everyone around her, she is cold and remote from Louisa. In the last vignette, Louisa moves to a remote artists’ colony and there falls in love with Duncan, a man she used to work with.