The True Story was a TV pilot about a surgical intern and her brother, a rookie cop, getting on with their life, now that their father was in jail for killing their mother when they were young children. 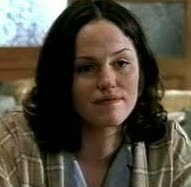 The True Story was to be produced by Tom Fontana and shown on UPN for the 1999/2000 season. However for reasons unknown, it was reworked into a show named The Beat became about young, male, cops, one of whom was the son of a man who’d killed his wife 25 years ago. The Beat aired only 6 episodes and was marked as being one of the more foul-mouthed shows on the air.