3 Weeks to Daytona is the movie of a down on his luck stock car racer with one dream left to hold onto, drive with best. Unfortunately, with a busted car, no money, and bad job, Chuck's limelight could be fading fast. When a final chance falls his way, can he patch things up with his son, crew chief, and turn himself around before its too late? 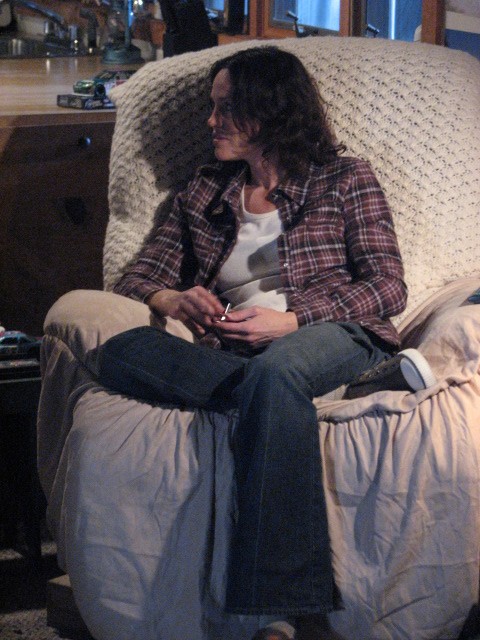 Chuck Weber is a race car driver who is down on his luck and nothing has gone right in twenty years, which happens to be the last time he won a race. Divorced, struggling to pay for his car and the alimony for his son, Willy (aka Worm), the only bright spot in his life is racing at the Speedbowl, a lock stock-car track run by Sal.

After crashing into the wall and losing his sponsorship, Chuck fears his dreams are at an end when Sal loses his sponsorship from Rob’s furniture. In a desperate grab to save his track, Sal convinces Rob to fund one driver to the Daytona 500. Rob balks at the idea of supporting Sal’s driver, Buddy, so Sal suggests a race - winner takes all.

Cheryl, Chuck’s pit crew and girlfriend (called ‘Trenton trash’ by Katie, Chuck’s ex-wife), spends her days working at a machine shop. Unlike Chuck, Cheryl saves her money with the hope of making her own speed shop. Still, she bets on Chuck, and when she finds out about the race, she funds Chuck’s repairs. Katie demands the money for alimony instead, which makes Chuck unable to pay for his car, and pisses Cheryl off to no end.

After being kicked out by Cheryl, Chuck takes his son to his old trailer, filled with his old trophies, which Worm had never seen before. Chuck finally tells Worm that he started losing races when his father stepped in to be his pit boss, replacing Sal. Young Chuck was so frustrated with his father’s ways, he intentionally crashed his car, and hasn’t won a race since.

One of Chuck coworkers, Steve, harasses him at work and happens to be dating Katie. Finally he challenges Chuck to a race to the airport: whomever picks up the customer first wins the race, and the car. Now armed with the money, Chuck retrieves his car and apologizes to Cheryl, who refuses to go help him. The only person who will go to the track with Chuck is his son, who now insists on being called Willy and has been failing math since he spends his time trying to fix Chuck’s car. Katie, however, blackmails Chuck for all of his winnings just to let Willy go to the race.

Just as the race starts, Cheryl arrives to manage the pit and works with Willy to improve the speed and performance of the car. When Chuck starts to waver, Willy provides the emotional stimulus to win, and the trio finally move forward to Daytona.

Cheryl constantly bets on Chuck, losing money every race by literally betting on him. She loses her cool when he spends money meant for the car on his alimony, but accepts his apology and helps him at the end. Cheryl has a remarkable eye for the track, spotting a crash before it happens, and is innovative, using a hair clip for the car’s missing hood pin. While it’s clear she and Chuck have feelings for each other, they only kiss after he wins the Speedbowl race.