Ellen was a comedy TV series about Ellen and her friends, staring Ellen DeGeneres. 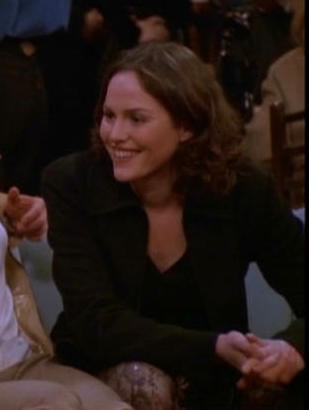 Ellen senses a kindred spirit when she meets a gay woman, who enlightens her to her own sexual identity. Confused by this startling self-discovery, Ellen seeks the guidance of a therapist and braces herself for yet another moment of truth-telling her friends about this personal revelation.

On the now infamous ‘Coming Out’ episode of Ellen, Jorja Fox played the uncredited, unnamed, lesbian in the coffee house who walks up to Ellen, sits down next to her, smiles, and proceeds to hit on Ellen’s best friend (and good looking friend), Paige. To quote Ellen “Well, it’s good to see some things never change.”