Memento is about a man with a short-term memory disorder caused by an assault that killed his wife. While he cannot remember his recent past, he struggles to avenge his wife's death. 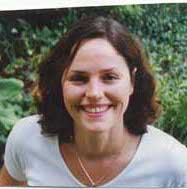 Memento is a movie starring Guy Pearce (‘The Adventures of Priscilla, Queen of the Desert’ and ‘L.A. Confidential’) and Carrie Anne-Moss (‘The Matrix’ and ‘Red Planet’). Jorja Fox plays Catherine Shelby, the wife of Leonard Shelby (Pearce), who was raped and murdered in the couple’s home.

Around 2:00 AM (Nov. 1997) police were called to the home of Leonard and Catherine Shelby, after two neighbors reported hearing gunshots. The front door was open, and they found the Shelbys in serious condition. Catherine (age 32) was brought to the hospital and listed in critical condition, having been sexually assaulted and having received a number of serious injuries to her head, neck and upper body. Leonard was stable, after receiving several severe blows to the head. Catherine later died from her injuries, while her husband suffers from ‘severe anterograde memory dysfunction as a result of head trauma’ and recovers ‘almost none of his ability to convert short-term experiences to long term memory’.

Over the course of the movie - which is told in reverse chronological order - Leonard tries to find out who killed his wife, and extract revenge with the help of Natalie and a lot of tattoos.

Though the character of Catherine Shelby is supposedly murdered, at the end of the movie we see the couple in bed together, with Leonard sporting all of his tattoos. This makes it appear as if he’s completed his revenge quest, yet his wife is still alive.

Catherine is the dead wife of Leonard Shelby, appearing only in flashbacks throughout the movie.

The circumstances of her death are murky, and either she was raped and murdered during a home invasion, or she died later due to an overdose of insulin medication.