Summer Stories: The Mall was an ABC miniseries, much in the vein of their after school specials. 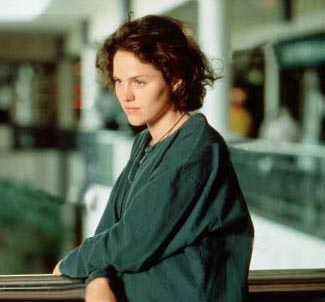 As these brand-new high school graduates prepare to head in new directions, poised between the past and the future, they learn a few of each other’s secrets…and a lot more about themselves. Some of the stories in the first program, First Impressions, continue in the second program, Second Chances, as well as in the third program, Temptations. While the episodes are interrelated, each can be viewed and enjoyed by itself.

Reveals Sarah’s conflict about whether to meet her birth mother or not and details Marla’s problems with her boss and her job. Introduces students to Spinner, who develops a crush on Teresa, and acquaints students with Diane, a recovering teenage alcoholic who works with Marla.

Shows Marla’s internal and external struggle as her mother prepares to remarry, nine years after her father’s death. Updates viewers on the status of Spinner’s crush on Teresa (he still has it) and treats viewers to a performance by Spinner’s band, “Ozone Revival”.

Focuses on Diane’s battle to keep from drinking and reveals how the relationship between Spinner and Sarah - best friends since childhood - takes an intimate turn. Highlights the bittersweet end of summer as Sarah goes off to college and her friends all prepare to move forward into their new, adult lives.

Diane is a recovering teenage alcoholic who works at the Mall.